Rachel Wammack has been pulling creative inspiration from her personal experiences for as long as she can remember. When she started writing songs at age 12, she had already been playing piano for six years, and coming up with a verse or melody was her version of a diary entry. Today, the “dynamic new country voice” (Rolling Stone) crafts music and lyrics with the same sincerity of her early years. Only now, she has far more stories to tell.
Her latest offering, “What He Does,” which she wrote alongside Jimmy Robbins and Eric Arjes, brings her catalog full-circle, in a way, in that it chronicles the tumultuous relationships detailed in many of her past releases, which have amassed over 18 million worldwide streams, listing off her negative experiences with all the things “other guys do.” Meanwhile, the chorus celebrates Wammack’s now-husband, Noah Purcell, because “what he does” is encourage, love, and support her. It’s a turning point in Wammack’s personal life, but also in her creative process.
“It’s so funny, because Jimmy [Robins] and I had written all these sad songs together,” she recalls. “Which was super therapeutic for me. Then we didn’t write for maybe four or five months, and during that time I was really falling for Noah. I mean, we were getting really serious. When I got back in the room with Jimmy, it was like, ‘what are we going to write about now?’
”The challenge was momentary, however, and Wammack quickly returned to form, tapping into her strongest-felt emotions to guide her creative process. The result is an exultant, piano-led anthem that rejoices the arrival of her newfound love, while soberly acknowledging all the romantic hardships that anticipated him. With a joyful message that resonates with her “deep-rooted, classic sound” (Wide Open Country), “What He Does” is one of Wammack’s most powerful releases to date.
The “lilting, R&B-infused song” (People Magazine) was written in the summer of 2018, before she and Purcell were engaged, which adds to its emotive power today. Even then, the singer had a prescient feeling that there was something special about her soon-to-be fiancé. The couple married nearly a year later in Wammack’s hometown of Muscle Shoals, Alabama, near the Marriott hotel where she first started performing as a 15-year-old. Of course, she was eager to sing onstage at a much younger age than that.
Wammack comes from a long line of pianists, with her great-grandmother, grandmother, and mother all playing the instrument. The tradition was that if a Wammack progeny didn’t show an interest in sports, they would be ushered into music lessons. The future “true Southern storyteller” (The Boot) dove head-first into her piano education, picking it up with ease while developing a precocious musical ear and taste forartists like Sara Bareilles, Adele, and Rascal Flatts. In between picking out her favorite tunes on the keyboard, Wammack began to “learn how to put a song together.”
“Even when I was 12, I was writing heartbreak songs,” she recalls. “That’s just always what I leaned into, for whatever reason. Those first songs were super personal, and I was way too nervous to play them in front of my parents. So when I got home, I’d have an hour, hour and a half before my parents got home from work, and that’s when I’d write.”
Despite her performance anxiety around relatives, as a teenager, Wammack slowly but surely found the courage to begin playing sets at the restaurant in her local Marriott. During a break at one of her shows, she was approached by Sony Music Nashville Executive Vice President of A&R Jim Catino, who happened to be lodging at the hotel. Catino extended an invitation to Wammack and her father to meet and discuss the young singer’s career in music. Excited yet nonetheless cautious about her future, Wammack opted to finish college before moving to Nashville.Fast-forward four years, and Wammack had graduated from the University of North Alabama with a degree in Professional Writing. A dedicated pageant contestant, she had also won overall talent at the 2015 Miss Alabama Scholarship Pageant. She moved to Nashville in August 2016 and began booking writing sessions up and down Music Row. To pay the bills, she worked as a bartender at a Marriott hotel, which is where she met Purcell as a co-worker.
Having kept in touch with Catino, Wammack signed with Sony Music Nashville in February 2018 and released her self-titled debut EP just two months later. She co-wrote all four songs on the project, which was helmed by award-winning producer Dan Huff. Later that year, Wammack joined the 2018 class ofCMT’s “Next Women in Country.” She was also included in Bobby Bones’ “Class of 2019” and was selected for Rolling Stone, NPR, and Amazon’s “Best Music of 2018 List.” Wammack was the only artist in the country genre selected forEntertainment Weekly’s “2019 Artists to Watch” roundup.
After earning a standing ovation during her Grand Ole Opry debut in September 2018, Wammack served as direct support for Brett Young’s “CMT on Tour: Here Tonight.” Additionally, she has opened for country legends Reba McEntire and Trisha Yearwood, and in October 2019, she ventured overseas to play for audiences across Europe as part of CMA’s Introducing Nashville Tour.
Wammack shared “What He Does” on August 14, shortly after her solo release, “When I Say Amen,” which has garnered significant critical acclaim since its arrival in April. Named a country artist to watch in 2020 byPaste Magazine, Wammack more recently shined on “Quick, Fast, In A Hurry,” a duet with Rascal Flatts which appeared on their EP released in July.With word-perfect sincerity and music that resonates on a universal level, Wammack is continuing to put her emotions to creative use, discovering new ways to communicate her story as one of Nashville’s most promising artists on the rise.

By Rachel Wammack
Available now on:

Rachel Wammack - What He Does (Performance Video) 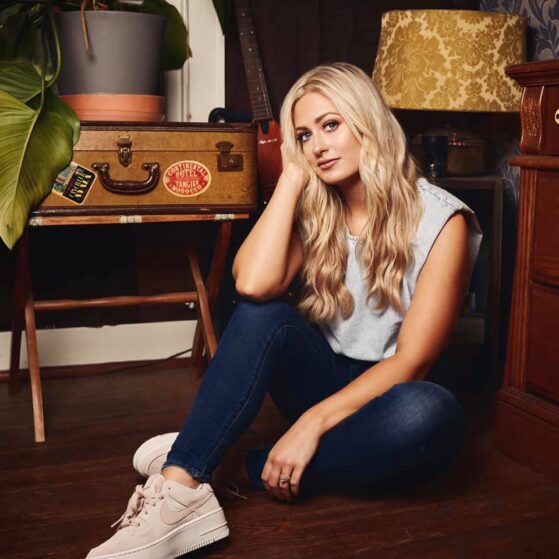